Assisted living for the elderly

Nestled on the foothills of the Himalayas in the city of Dehradun, a facility for assisted living sits in hypnotic tranquility. The plot is around 4 acres which is surrounded by dense Mango & Litchi orchards and a British Bungalow, dating back to the Colonial Period. The approach was to capitulate to a design solution that would respect the heritage and natural environment of the site. Although the plot was in the middle of an urban landscape, it still had its independent eco-system with orchards. This instilled a sense of safety due to the site’s proximity to city-facilities yet enjoying the calming shade of green foliage.

There were two necessary aspects of the site that had to be taken into consideration before starting the design. First, the old British Bungalow had to be celebrated instead of merely standing indifferently with the upcoming construction. Second, to obtain clear space for the new structure by cutting trees to an absolute minimum. Favorably, a relatively empty patch of land was located right opposite to the bungalow. This enabled the possibility of the new structure to face the bungalow and share the same line of symmetry. To make things tricky, in the open space, there were still three trees standing in its middle. On deeper look, they appeared to form a triangle. Hence, they were taken as extent points and a circular spine was envisioned having terminal ends at the two laterally standing trees. Thus, the site’s flora was entirely retained.

The circular layout of the whole complex is intended to resonate with the long existent concept of “Circle of Life”. It consists of bedrooms, meditation hall, dining-kitchen block, and a multipurpose hall. All the spaces are seamlessly merged inside-out through the singly loaded curved corridor that links them all. All the private areas are zoned towards the back of the building, which is opening out into the thick green orchards. At the mid-point of the arc, lies a skewed meditation hall which is placed inside the serenity of the green orchard and aims to help its users revitalize their body and soul by connecting with nature. Towards the other end of the central axis, stands the majestic bungalow as a reminiscent of past glory, with its gabled roof, forming a focal element of the entire campus.

The curved corridor with its intermittent façade openings, encloses a central circular courtyard of 40 m diameter. The building façade has perforated clay-tile screens and V-shaped tubular pipe sections, which provide a dramatic shadow effect in the circular corridor behind, naming this entire setup as ‘the walk of introspection’. The central landscape forms a plaza, an open-air theatre, and a stage area, all overlooking the entire space. The contrast of white with earthy tone, bolsters the harmony of the entire building-setting with nature, where the user can sit and tell tales of their youth and vigor, achieving solace in this communion of architecture and repose. 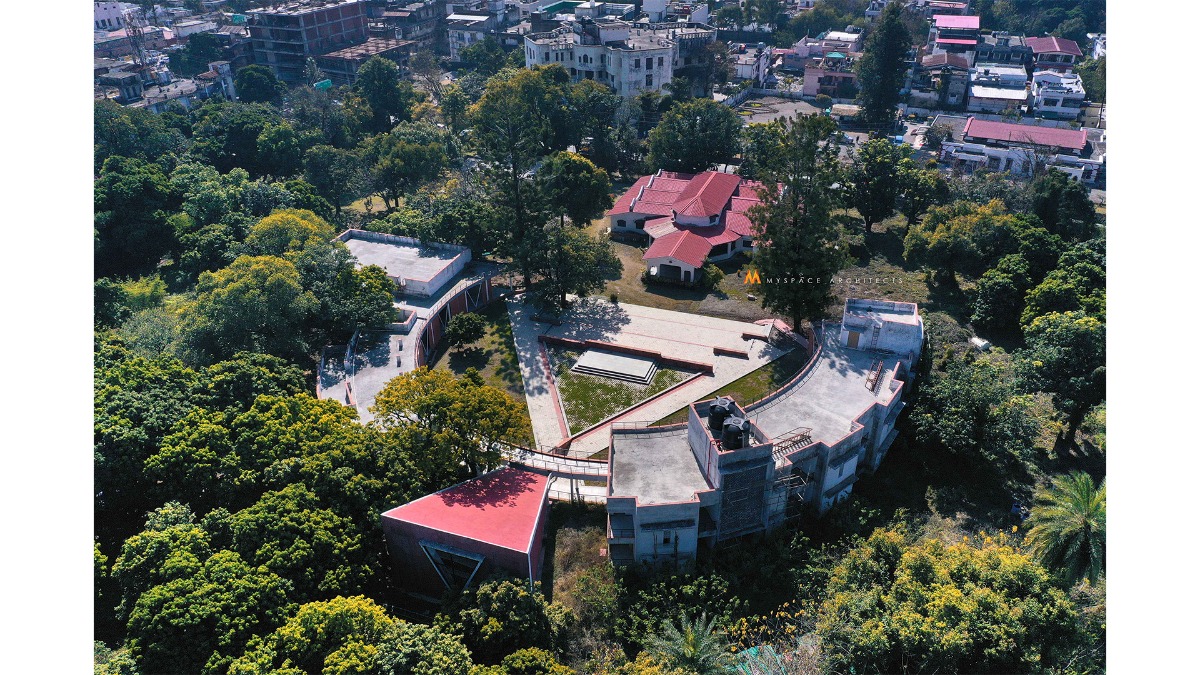 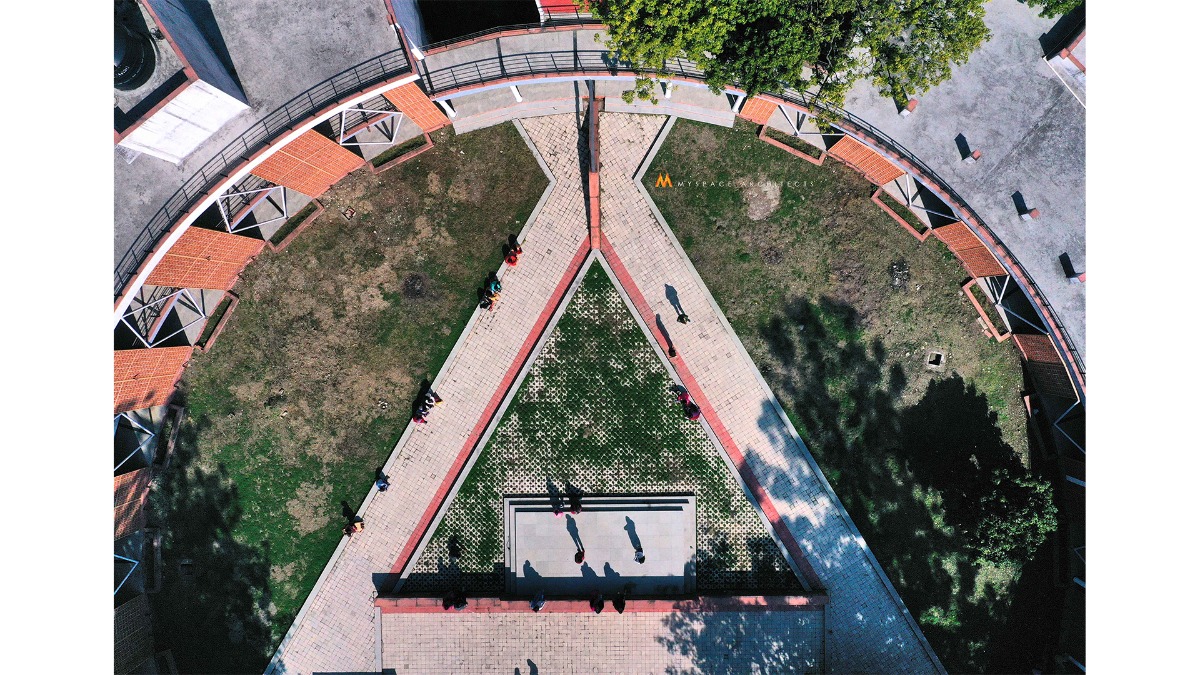 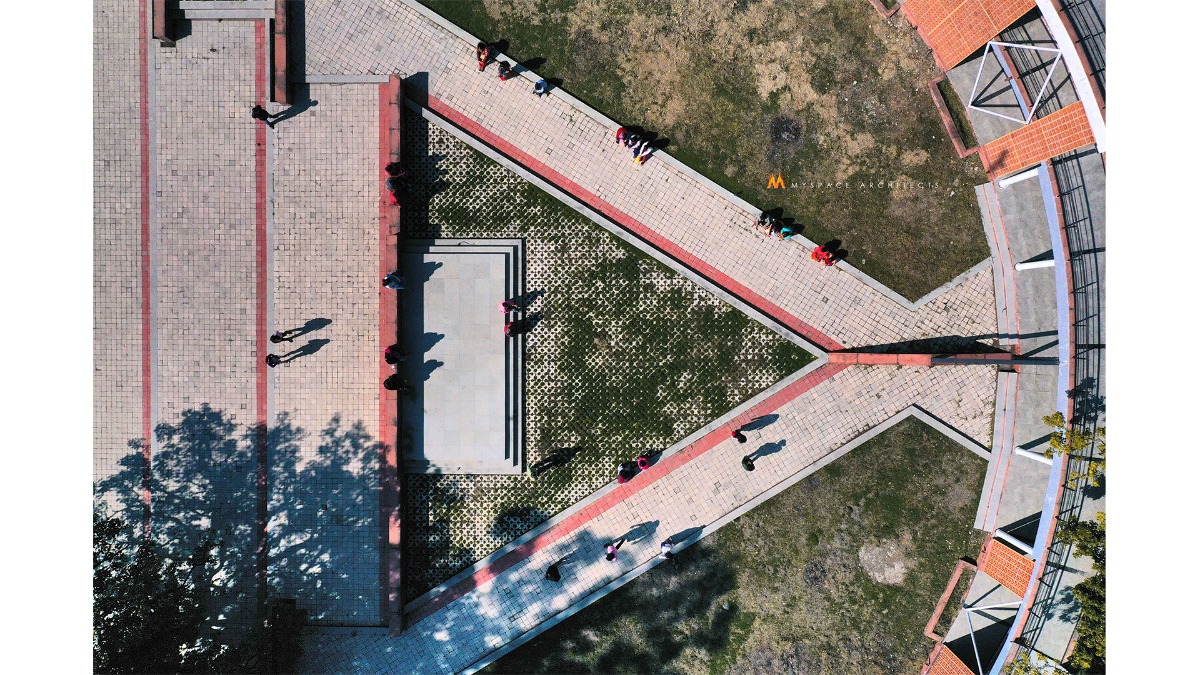 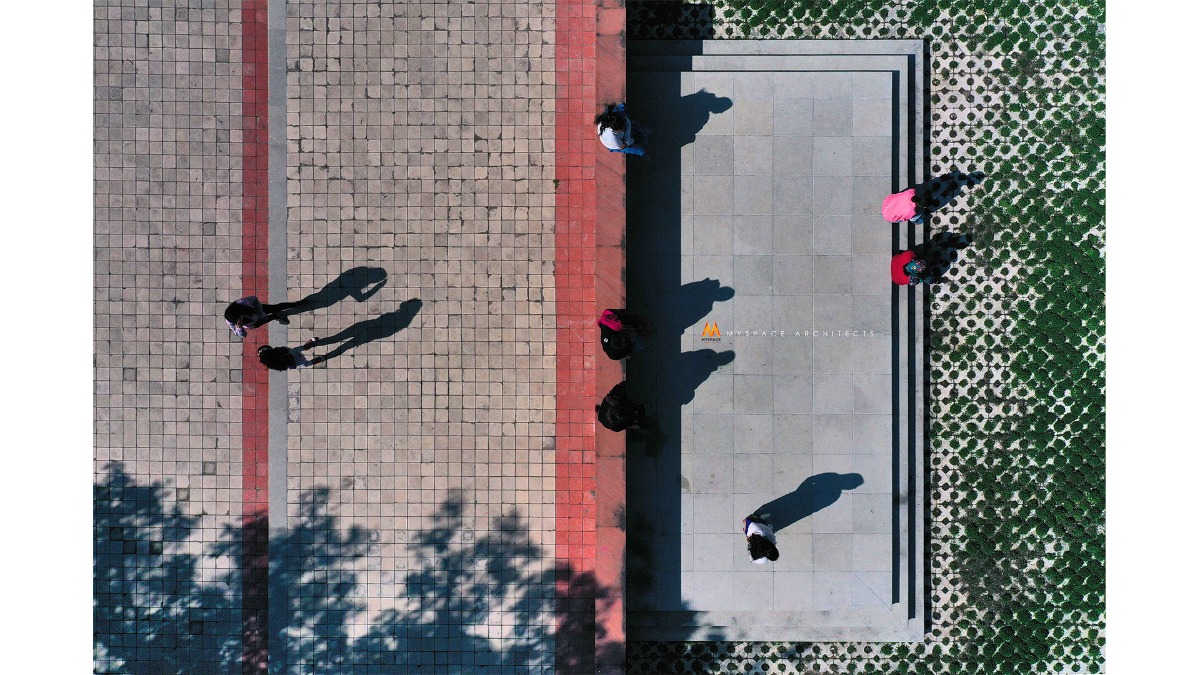 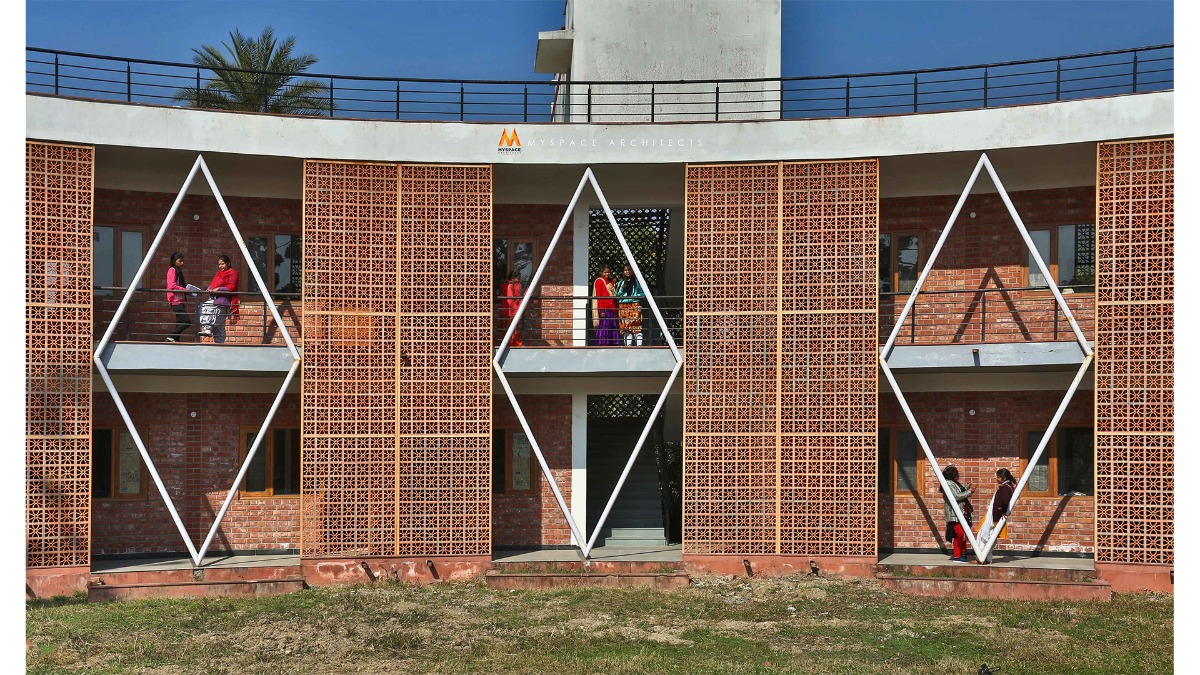 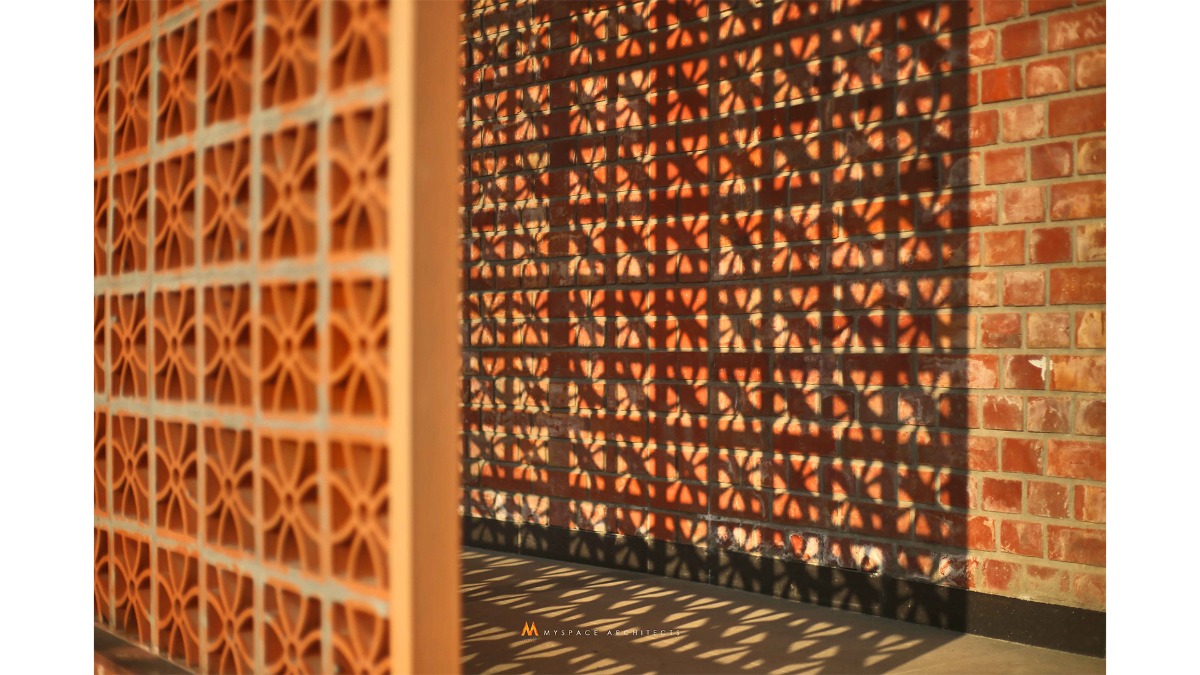 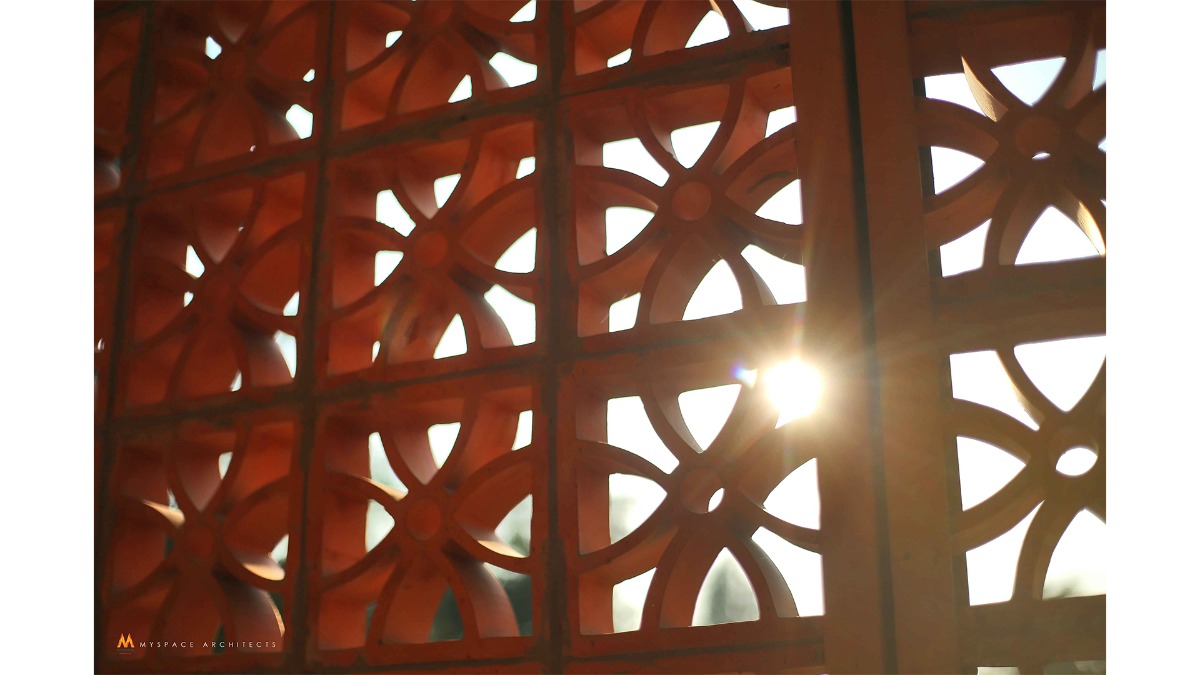 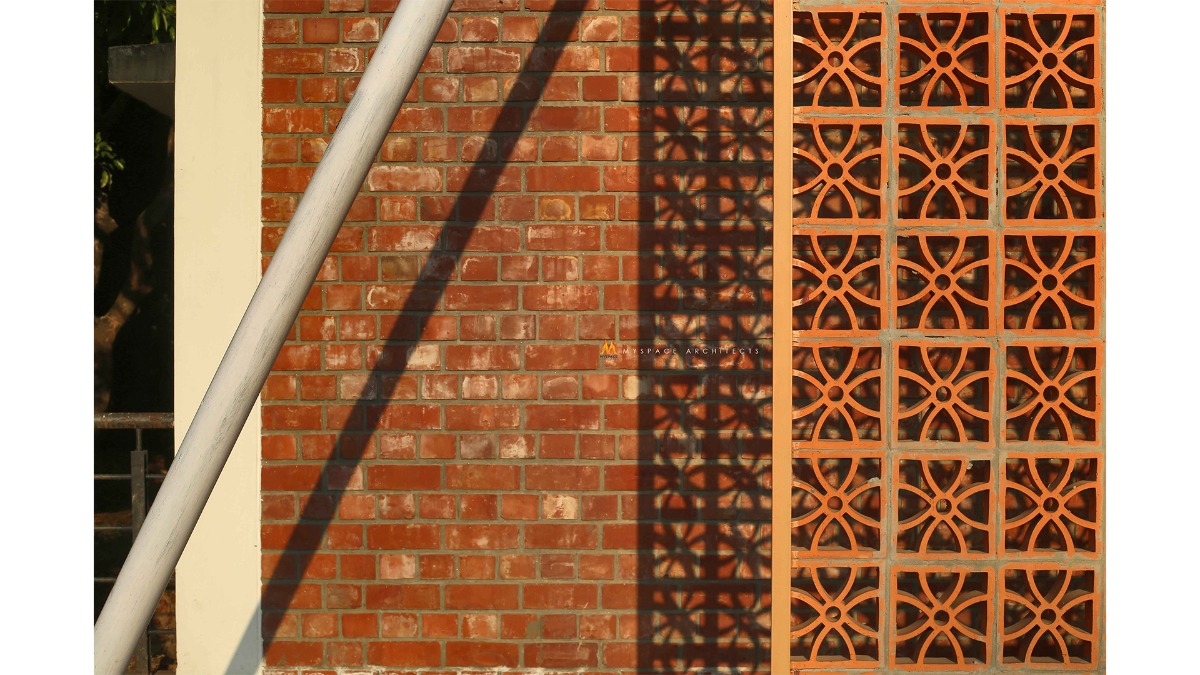 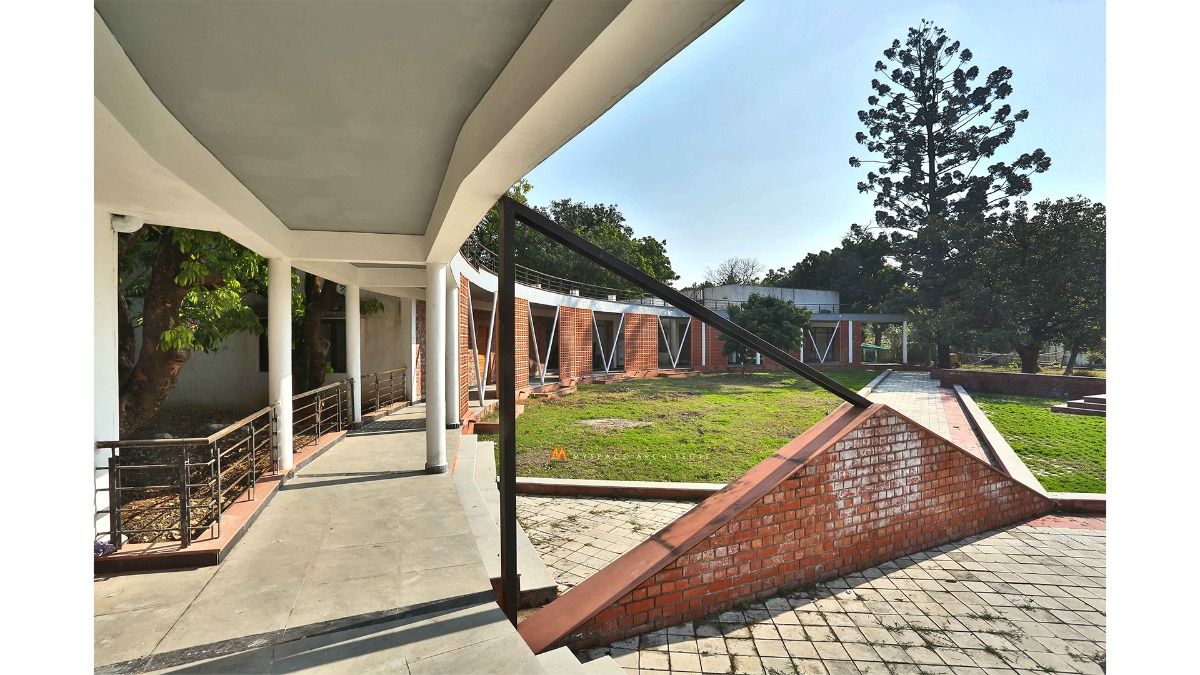 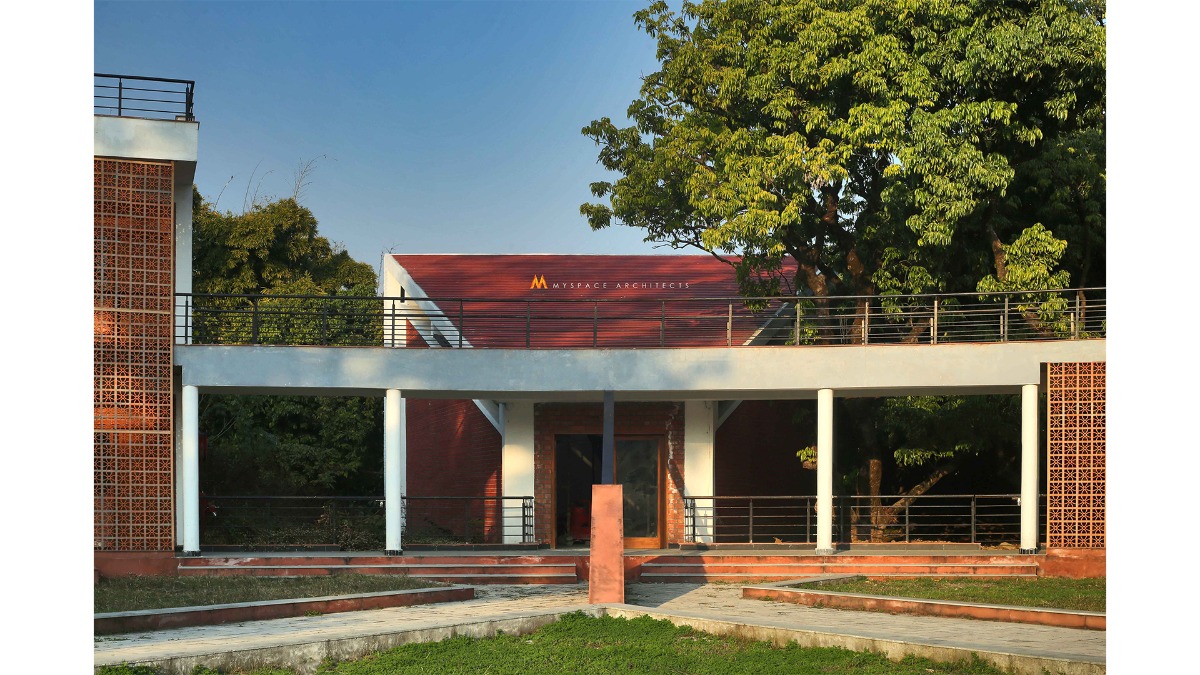 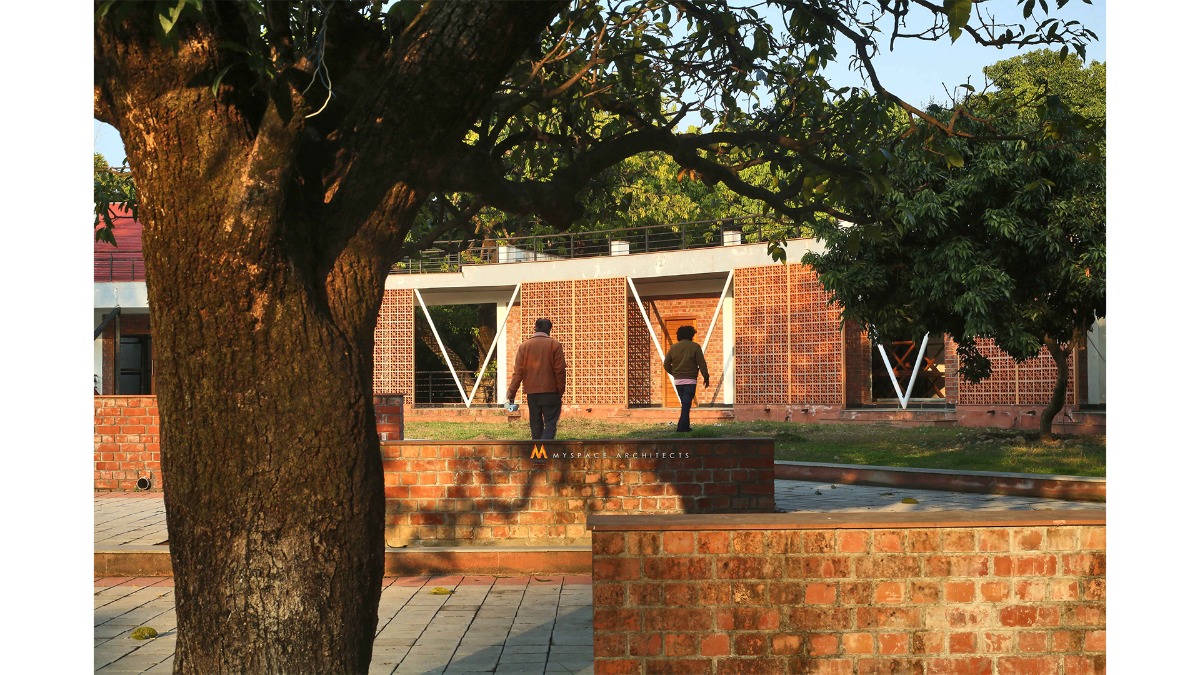 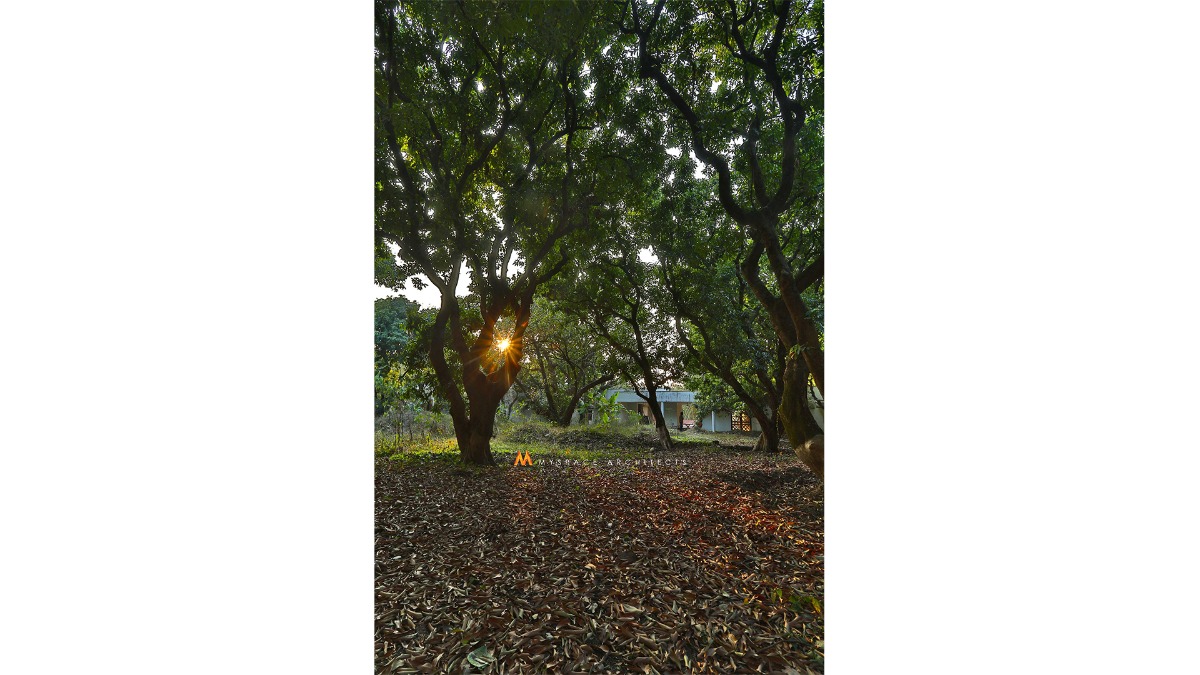 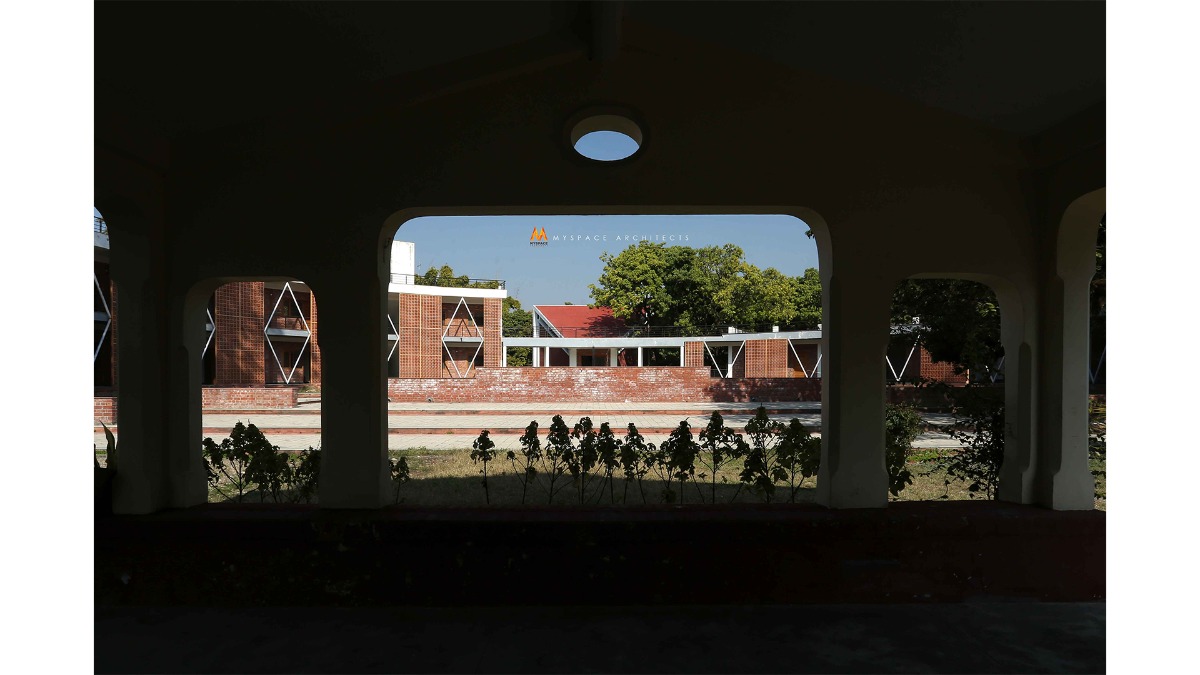