In this landscape proposal, the area to be treated was between two large building blocks as an interactive breakout space. A stepped stage, like an open-air theatre, was placed there to instill connectivity between the two buildings. It was housed with a large, patterned screen having a repetition of triangular elements. The same triangular pattern was reflected on the pavement as well. The OAT has yet another open-to sky terrace with a cafeteria. The semi-shading roof device casts dramatic shadows through the day. 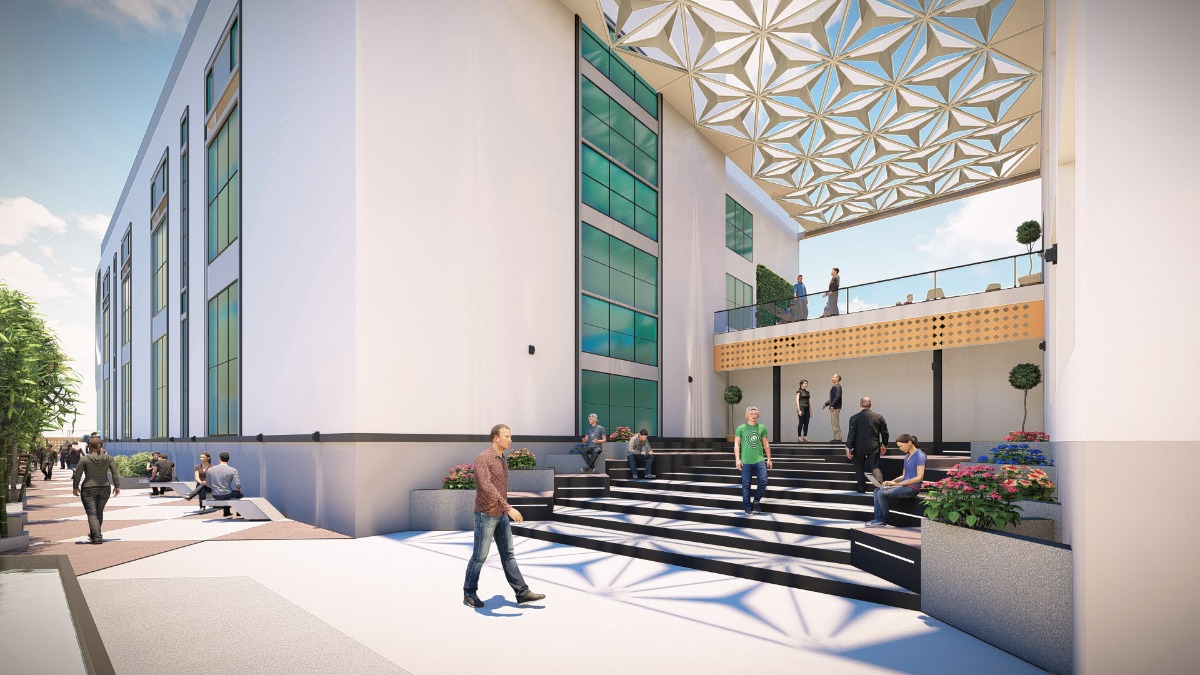 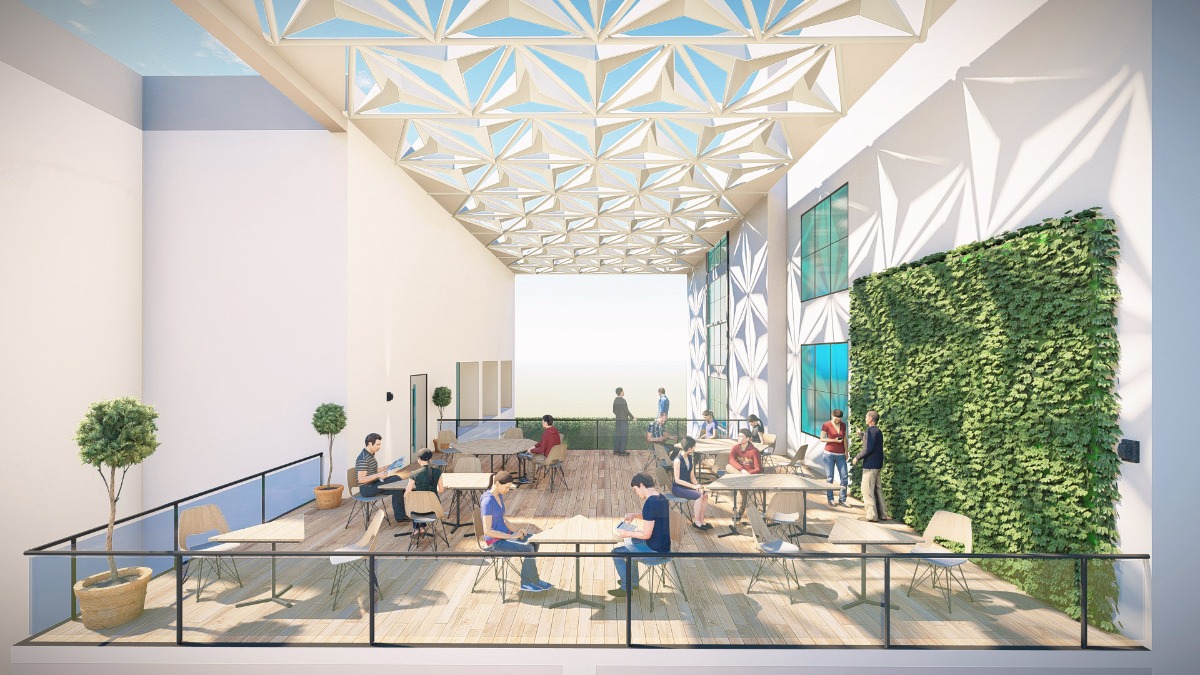